Santa has re-launched the sleigh and is heading south at this moment. We still have no idea where his first stop will be.

It has been two hours since Santa left the North Pole.

“Santa has so far followed the flight plan exactly,” Elf Quinton said. “We don’t know when his first drop will be but we expect it soon.”

The reports and mail coming in from the Far East are too numerous to get through. Kids are really anxious there for Santa to arrive. 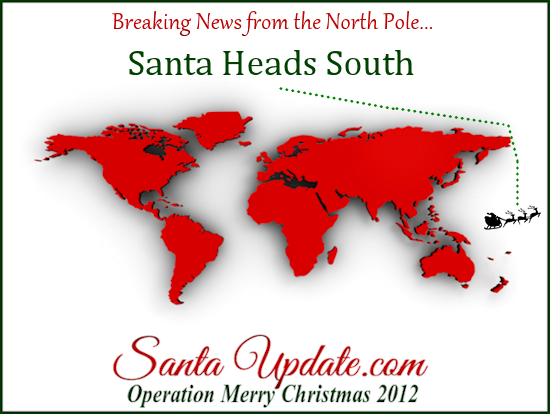