Happy reports are coming in from all over the South Pacific where the islands of the sea are reporting a Merry Christmas at this hour.

The tracking department said Santa’s sleigh appears to be functioning fine and that Santa is right on time. 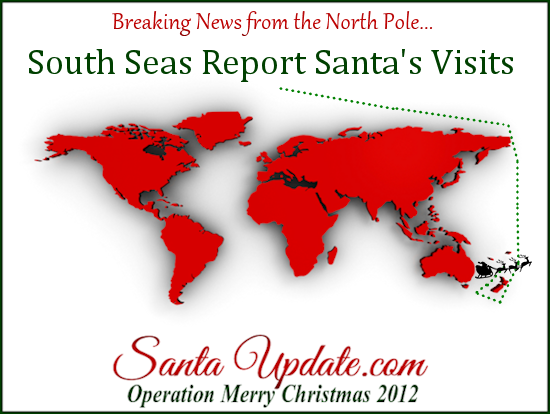 Kids in these places should be in bed by now:
Seoul
Western Asia
Vladivostok