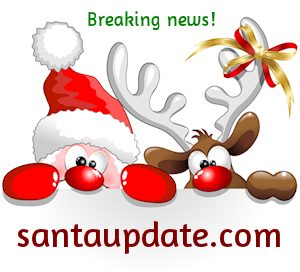 Well this is unusual. Santa is headed to Dubai today for top level secret meetings of some sort.

We told you yesterday about Santa’s being in Canada to celebrate Thanksgiving there. I don’t think they are celebrating Thanksgiving in Dubai, though.

However, the Tracking Center made note yesterday that a whole team of “sleigh designers, reindeer handlers, flight planners and other technical professionals” were meeting in Dubai.

Why Dubai? It doesn’t make much sense to me.

I decided to ask around to see what Santa is up to. I tried to find Elf Victor at Santa’s Stables. But they said he wasn’t there. When I asked where he went they said, “Dubai, for some meeting.”

“Well,” I thought. “Maybe I missed something in a meeting. I’ll ask Elf Bernard, he’ll know what’s going on.” So I went to Santa’s Workshop. Guess who wasn’t there?

They said he was headed for a meeting with Santa in Dubai.

Now I’m thinking to myself, “why didn’t I know about this?” It occurred to me to ask Elf Agent X, Santa’s head of Santa’s Secret Spies and the Department of North Pole Security.

But he’s gone too. They won’t tell me where he went but I’d bet a gallon of eggnog and a dozen sugar cookies he is in Dubai.

Why is every important elf from the North Pole, Santa, and all the sleigh people meeting in Dubai and why wasn’t I invited?

This is really weird, people. Really weird. Something is up. All this secret stuff makes me believe we’re in for a wild ride with Santa this Christmas.