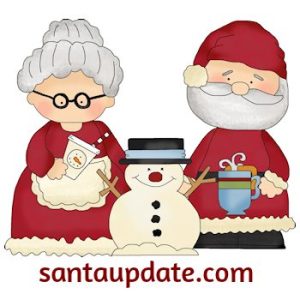 Mrs. Claus is at home preparing for the traditional North Pole Christmas Eve party. She is the hostess of the party every year.

But this year things are a little different. The party it appears will be starting a little later than usual.

That partly has to do with how late the workshop is working this year. And I suppose whatever that Big Building with No Name is has something to do with it too.

We’re only a half an hour or so away from the “historic” event that Santa told us about a few hours ago. Most of the elves are all in the grandstand more than a mile away from where Santa normally launches. Whatever it is that is going to I happen I sure hope they can see it from that far away.

Coming up next: Experts Question Santa’s ability to deliver
Where it is Christmas Eve now: Western Russia

Listen to Elf Crash Murphy’s live report from a helicopter over the Big Building with No Name: