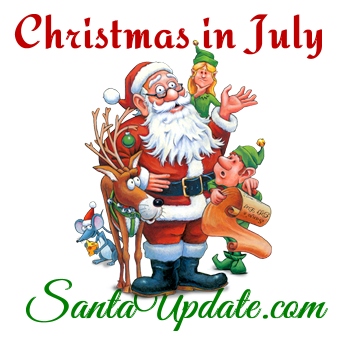 Happy Monday, kids! Time to tell you about the brains in Santa’s bunch. His name is Blitzen.

Blitzen has the heart of a champion and, in fact, he’s won the Reindeer Games a record 43 times over the course of his illustrious career. He’s also been Reindeer of the Year 7 times and once even served a term as Mayor of the town of North Pole. Blitzen is very educated for a reindeer, having advanced degrees in Christmasology, internal medicine and animal sociology. In fact, he is commonly called “Doc” by people who know him well.

But Santa calls him Blitzen and has since the day he found him as a young buck. It was a cold winter’s day and Santa was out snowshoeing in a remote mountainous area of Norway when he heard the anguished cry of a young reindeer. Santa could tell by the cry that the reindeer was not hurt but that he was heartbroken. He searched high and low but could not tell where the cries were coming from.

Santa just about gave up when he rounded a corner and came across a horrible scene. There stood Blitzen over the body of his mother, bravely facing the circling advance of three mountain lions. Blitzen’s mother had suffered a fatal injury when a snow laden tree lost heavy branches and toppled on top of her. Santa thinks Blitzen was maybe just a few weeks old when this happened and he couldn’t believe his bravery in the face of those mountain lions.

He came to live with Santa where he was given a good home. While Blitzen was lonely and didn’t know anyone at the North Pole he tried really hard to please Santa. He got exceptionally high grades and Elf Victor told Santa he thought Blitzen was a genius. So Santa just kept sending Blitzen to school and to this day Blitzen has not stopped. He just keeps learning and learning.

Santa often talks to Blitzen as they travel around the world. Blitzen can tell him things about places that even Santa doesn’t know. He is one of Santa’s most favorite reindeer.

Last Christmas Eve we learned something new about Blitzen in this special report that you can listen to below: