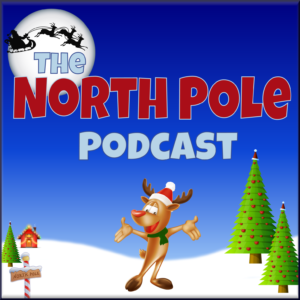 The North Pole is getting ready for Halloween. It is a big, big week.

The talk everywhere is about the costume contest. You know how elves love a contest. We have a whole season of contests over this next month. The Halloween costume contest is as big as they come.

You have no idea how crazy these costumes can be.

You see, the workshop elves especially love to…well, build things…when it comes to costumes. Crazy things. For example, last year, Elf Trevor came as a parade float. His costume was so big they had to open the big doors at the Social Hall downtown just to get him inside. He even had a marching band lined up to lead him into the building.

He was so upset when he didn’t win. It took him two years to build that thing.

And that’s the fun of the costume contest. Elves just go crazy for it.

Don’t forget: Santa is an elf. He loves contests as much as any one. He can get crazy with his costumes too. His big thing is to invent a costume where nobody will know it is him inside. I have seen him do all kinds of nutty things over the years. And like every elf he has to keep it a secret.

I think so far my favorite Halloween costume I’ve seen Santa invent was the year he came as Mrs. Claus. He did such a fantastic job that when he stood right next to Mrs. Claus they looked exactly the same except for the fact that Santa is taller. But other than that, you couldn’t tell the difference. Do you know what kind of effort it took to make a bearded big man looked like a regal lady like Mrs. Claus?

But Santa never wins the costume contest. He and Mrs. Claus are the judges for the contest, so they disqualify themselves from winning.

What will Santa do this year?

I honestly have no clue. But nothing would surprise me.

We have been receiving a lot of questions about the North Pole Halloween. Frank and Crash went into the studio and recorded a new podcast about it today. They answered some mail questions that came in and talked a bit about where Halloween comes from.

I have not yet had a chance to listen to it. Will you let me know if that episode is any good?

Also, guys, listen up. This could be a big week for North Pole news. You’ll want to come by everyday. I can’t say anything now and yes, some of the news we will be covering will be about Halloween.

But there are some other things going on. I think it’s highly likely we will have the first North Pole Radio News reports of this holiday season.

Did I tell you it’s been snowing like crazy here?

I hate wearing Halloween costumes in the snow!

We’ll see you online this week!