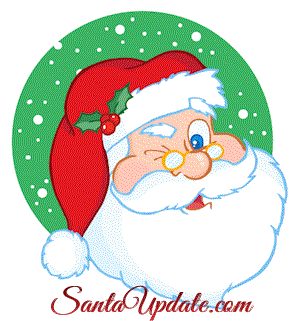 Santa and St. Nicholas are sometimes thought of the same way. Today is St. Nicholas Day and it is a very important day at the North Pole.

St. Nicholas lived many, many years ago. He was a Holy man, meaning that he was very religious. His story is one that is familiar and special to many people — including to Santa Claus.

As a young man, Nicholas lost his parents due to either an accident or a disease. He was taken in by priests at a local Church who raised him and taught him faith.

By the time Nicholas was an adult, he knew he wanted to be part of the clergy so that he could serve people. His heart was good — because all he seemed to do was to look after others.

He became very important within his church. In fact, he became one of the youngest leaders in the church ever. He was known especially for his kindness to children. And later in his life, he became known for helping large groups of people who needed things like food and shelter.

Nicholas lived at a time before Internet, television or radio. So the fact that his name became known all over the world goes to show you how much he reached out to help people.

Santa Claus is a big fan and an admirer of St. Nicholas. Santa himself would tell you that he tries to be like St. Nicholas as much as he can.

Somehow over the course of time many people have confused the traditions and history of St. Nicholas with those of Santa Claus. Santa actually feels that is a compliment.

Tonight at the North Pole Community Center there is a lecture by Elf Dr. Grant Smedley, famed Santa Claus historian at Southern North Pole University. He is expected to speak about how St. Nicholas and Santa Claus are often confused with each other and how elves can tell them apart.

Santa has spoken to the elf community many times on St. Nicholas Day. But he’s glad to have some new commentary to be provided by Dr. Smedley.

We remind you that we have a series of chats set up all week, including one with Santa on Wednesday. Santa will be glad to answer your questions about St. Nicholas during that chat.

Below is a North Pole Radio News report filed by Elf Frank Myrrh today. He wants the folks who were on his chat last week to listen to this report.