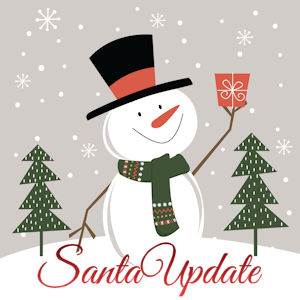 The Reindeer Games are now in a rush to get completed. While Blitzen and Vixen continue their battle for victory there is a race being watched by the Weather Department at North Pole Flight Command.

The problem is not the snow. It is the cold, which is expected to take a dive into the bitter cold range later this week. Elf Seymour Snow, head of the Weather Department, has warned that temps could dip to -30 below later this week, far too cold for outside activities. It also appears this cold weather could last for a while.

“The Reindeer Games are important,”  said Elf Victor, head of the Reindeer Department. “But they aren’t that important. We have indoor facilities where reindeer can train. But having them outside in bitter cold like that would be asking for injuries.”

Santa was in the meetings over the weekend where the weather forecast and the games were discussed. It was decided to move as many of the outdoor competitions up to Monday and Tuesday as could possibly be done.

So we may have a winner of the games sooner rather than later. We expect a North Pole Radio News report from the games later today.

In other news, a shipment of needed supplies for the Wrapping Department finally arrived at the North Pole over the weekend. Those supplies were ordered back in July and were expected to arrive in early November. Shipping delays and the ongoing snowfall at the North Pole impeded its progress.

Elf Wally said the delayed shipment will not set back their readiness for Christmas.