Millions have signed up as Tracker Elves to track Santa for Santa this year, according to a new report posted at SantaTrackers.net.

Officials at North Pole Flight Command credit a flood of interest from school teachers seeking information from the North Pole. 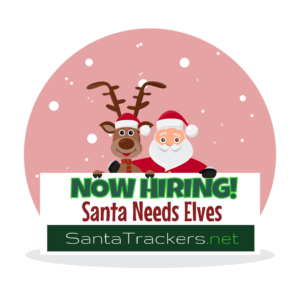 During Christmas in July Santa announced an ambitious goal of 200 million tracker elves to be signed up and trained before he takes flight this Christmas. The goal shocked Santa fans around the world. Last Christmas, by comparison, Santa tracker elves numbered about 55 million.

The current tally now stands at over 69 million elves. Experts at the North Pole feel good about that number and remind folks that most sign-ups for elves come in December, usually during the final ten days before Christmas.

The North Pole is making a number of unusual efforts to accommodate the flood of new elves. New training materials have been posted, a new elf community at SantaTrackers.net has emerged and just yesterday an intense schedule of tracker-elf only chats has been announced to help new elves learn their jobs before Santa launches.

Additional resources will be announced here for SantaUpdate.com soon as well.

While sign-ups for new elves will be ongoing we are told not to expect passing the 100 million threshold before Thanksgiving and that the 200 million goal will likely not be met until the hours just before Santa takes off. So far, sign ups are trending just ahead of projections.

Winter Weather is Back