North Pole Podcast
Rudolph and His Many Talents

Rudolph is the subject of a new episode of the North Pole Podcast that is turning a lot of heads. Elf Crash Murphy shares never before known information about Santa’s most famous reindeer. 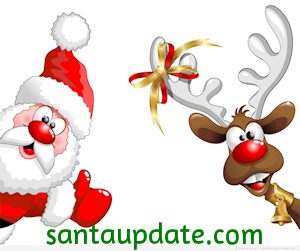 Rudolph is famous for having a red nose that “lights like a light bulb” and has been utilized by Santa in bad weather situations more than once to save Christmas.

In the story, made famous by a book and song, Rudolph is bullied by other reindeer for his unusual physical features and abilities.

But in this episode Elf Crash explains that what you hear in the song and read in the book is not quite totally accurate – and that it, in fact, depicts other reindeer wrong. Donner, who is Rudolph’s father, is assailed in the story and the television special as insensitive to Rudolph and ashamed of his appearance. Elf Crash tells us this is not true.

Even more importantly, Crash tells us that there is a lot more to Rudolph than his blinking nose. And that could be the most surprising revelation of all.

Play the podcast episode via the player above.