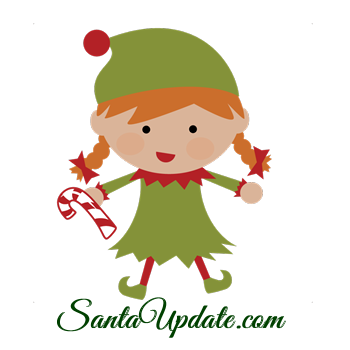 Santa Update has been following, tracking, reporting and sharing about Santa and the North Pole since 1991.

We have been tracking Santa online longer than anyone. (Yes, even longer than those guys at NORAD).

We are pleased to bring you the answers to your Santa and North Pole questions — direct from the North Pole!

That is where Santa Claus lives not only with Mrs. Claus but with a whole host of characters equally inclined to make all things merry and bright. The answers come through the Santa Updates from the North Pole which are published daily from Thanksgiving through Christmas and periodically throughout the year.

These updates are supported by a library of merry information and regular audio news reports from North Pole Radio News.

Also, come Christmas Eve, Santa Update provides you with the most accurate Santa tracking news available — direct from North Pole Flight Command as Santa makes his way around the world.

This is not Santa tracking you can find anywhere else.

It comes from Santa’s elves at the North Pole (and around the world).

It is a tradition dating back online to 1991 — long before most of the world was even aware of “The Internet”.

Our grand tradition has kept curious kids informed for generations. They are presented commercial-free and without cost.

Elf Ernest began this tradition decades ago when he was assigned by Santa Claus to answer a letter he received not from a kid but from an adult — a Dad who had just adopted a five year old little girl who did not believe in Santa Claus.

The man had written to Santa to see if he could get some help in teaching the little girl about Santa. Ernest was assigned the task and he began by asking her to ask him all her Christmas questions. They continued the conversation back and forth every day — via a fax machine — from Thanksgiving to Christmas.

By the time Christmas came around the little girl was willing to hang a stocking just to see if Santa would come to her home.

She was in kindergarten at school that year. Though some kids teased her she took her fax-machine Santa Updates with her to school and shared them with her friends. Soon, lots of other kids wanted to receive them, too.

So Elf Ernest set up an office in Santa’s Flight Command Center and started faxing the Santa updates to them. Word spread. Pretty soon Elf Ernest had to fax to places all over the world. Within a few years Elf Ernest discovered the Internet and he began to post his Santa Updates online.

Kids and believers all over the world would write back to Elf Ernest asking him questions and telling him their Christmas stories. As time went on Elf Ernest contacted the man who first wrote the letter to Santa Claus and asked him to help set up a Christmas website for all the Christmas information that didn’t come from the North Pole.

That website today is known as My Merry Christmas, the Internet’s largest year round Christmas community and longest ongoing celebration of Christmas. It has thousands of members and receives millions of visitors from all over the world every year.

At the center of it all are the Santa Updates — still, after all these years.

Oh, by the way, the little girl? She is now grown up with a family of her own. She still believes in Santa Claus and she still receives the Santa Updates, just as she always has.