Santa is airborn once again and he’s covering a lot of ocean quickly — stopping on remote Pacific islands, visiting ships at sea and pushing further and further south again.

We have no new delivery reports to share but expect more soon.

The sleigh cam appears to be working and a loud cheer went up from the North Pole Christmas Eve party where Santa’s image in the sleigh is broadcast live to the folks gathered there.

We have had several networks from the USA and Europe who have offered to carry Santa’s video feed live on their stations but Santa insists that he has no desire to be a reality television star. 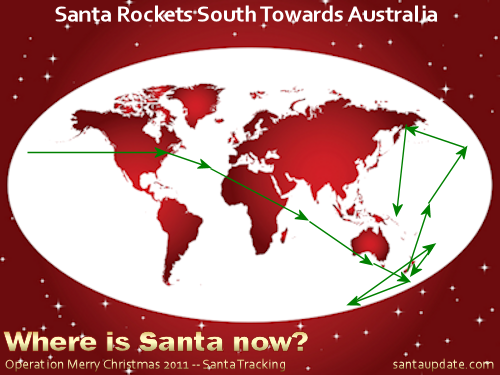