Santa is still in the south seas. Whether he heads north or south at this point is anyone’s guess. Micronesia and the Marshall islands are the latest to report a Merry Christmas.

“Santa is right on time,” Elf Quinton from Santa’s Tracking Center told me. 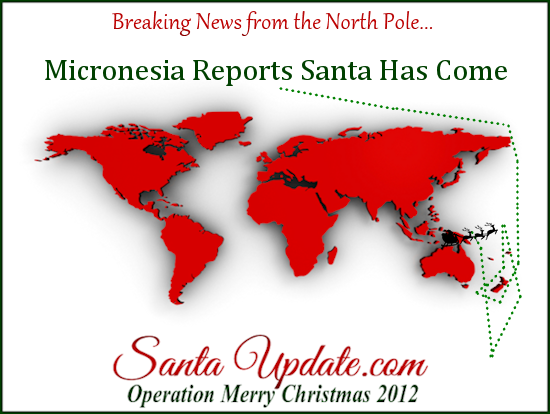