A small city named Mataura in New Zealand was the first to report Santa’s visit this year. Within seconds we received a burst of reports from several parts of New Zealand. 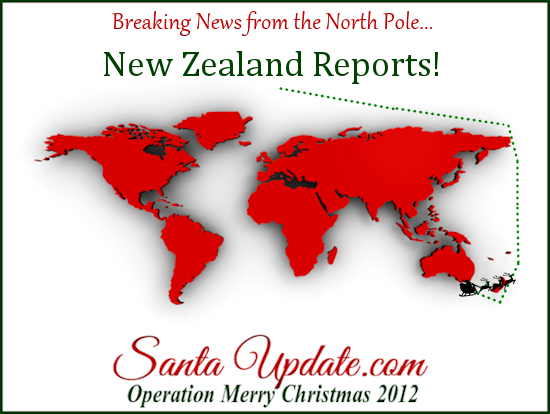 Kids in these places should be in bed by now:
Western Asia
Vladivostok
Darwin
Pyongyang
Australia
Pago Pago