Displaying a level of speed we have yet to see so far on Santa’s flight a new speed record has been set as Santa’s sleigh rocketed south towards Australia.

“That was a surprise,” Elf Quinton said. “To be honest Santa has been moving at a very leisurely pace. We expected him to pour it to the coals at some point. The sleigh is fine, though. The reindeer are good. They love to go that fast. I wonder what other surprises Santa has in store for us.” 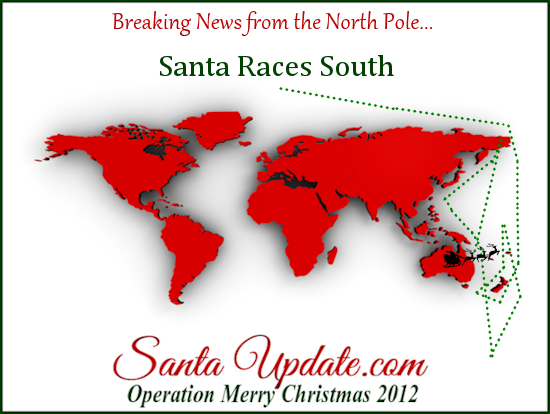 Kids in these places should be in bed by now:
Omsk
Sri Lanka
India
Bangkok
Beijing