Santa returned to the North, having nothing to do he says, until more kids are asleep in South America. He sneaked in the back door, walked into the kitchen where Mrs. Claus was frosting cookies and said “Hello, Honey, what’s for dinner?” surprising Mrs. Claus and making her jump about three feet in the air at the sound of his voice. Santa will no doubt be airborne again soon. 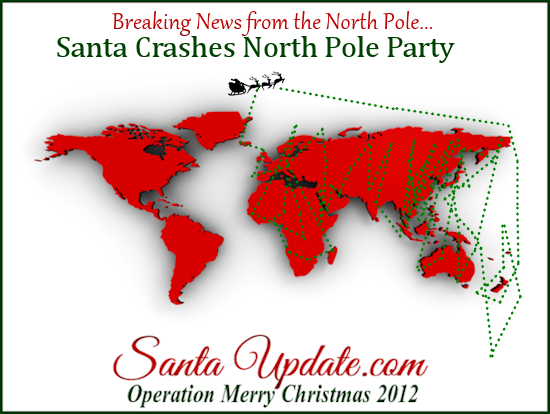 Kids in these places should be in bed by now:
Central America
US Midwest
All of Eastern Canada, USA, Caribbean Sea, Brazil, Venezuela
Toronto