The City of Tehran says they have welcomed Santa Claus “as an international ambassador of goodwill” in the past hour. We have received a few rumors that Santa’s sleigh was shot at over Iran but those have not been confirmed by any reliable source.

“That would be impossible,” said Elf Quinton. “A bullet could never catch up to how fast Santa is going right now. That is like saying a tricycle can out run a car. It just can’t be done.” 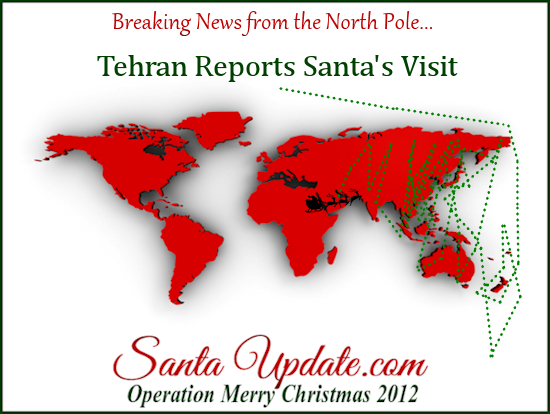