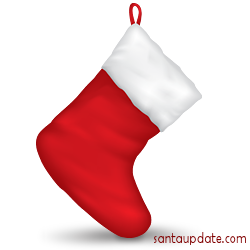 Have you ever received an orange in the toe of your stocking on Christmas morning? Ever wondered why Santa puts it there?

The orange in the stocking is in remembrance of the Bishop’s gold. Long ago, the ancient St. Nicholas would deliver gifts at Christmas in the dead of night while people were sleeping. There once was a family who was very poor and feared they would have to sell one of their children into slavery (this was long ago in a different time and in a mean place). The father of the family was upset and did not know what to do.

St. Nicholas, who was a Bishop, heard about the family’s problem and decided to give them a small amount of gold during a late night visit to their home while they were sleeping. Some say it was a bag of gold and others say it was a ball of gold. We’re not really sure. And some say he threw it over the top of the house and down through the chimney where it landed in the stocking of the child who might have been made a slave. However it happened, in the morning the family was stunned to see that their problem was solved with the gift of a small ball of gold.

Santa loves this story and he wants children everywhere to remember it. It is what inspired him to become Santa. That is why he puts an orange in the toe of a stocking these days, to remind you of it. So now you know!

I tell you this story because it was asked of me in an email. If you have a question to ask me, you can do it here.