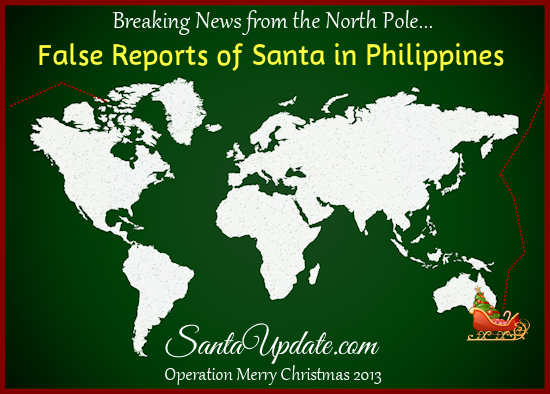 We have been bombarded with false reports of Santa’s visits to the Philippines in the last little while.

We think Santa wants to surprise everyone with where his first visits would be but even elves in the tracking center say there is no way Santa would deliver in Manila first, as some people there are claiming.

Spotter elves in the Philippines are saying that the bogus early reports are the results of too many firecrackers, eggnog and sugar cookies.

Meanwhile, we await word from Santa. It has been about 30 minutes since he declared radio silence.