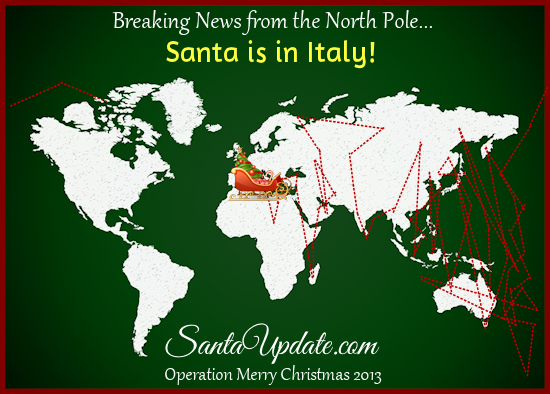 Santa continues to surprise: he’s now in Italy. Rome, Milan, San Marino and Palermo are all reporting Santa has been there.

The bedtime warnings are dominated now by cities and countries in South America. Meanwhile, it is getting late on the US and Canadian East Coast areas and we expect bedtime warnings for them soon, too.