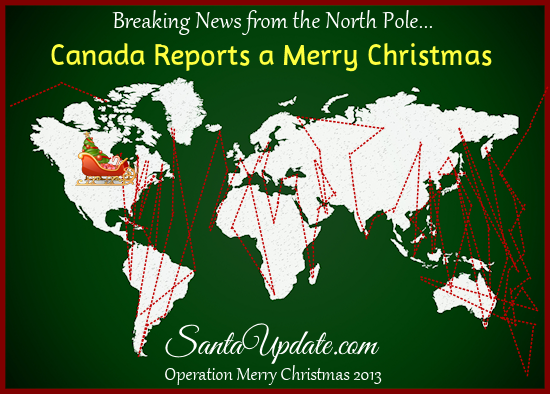 Santa has stayed in Canada and has worked his way to Winnipeg, where we are receiving several happy reports of his visit. Farmer from nearby areas have reportedly left hay out for the reindeer and Santa is appreciative but reminds folks that if you want to feed the reindeer they need oats more than anything else. It is full of protein and keeps them “light” on their feet. Santa really appreciates it when you can leave out green leafy lettuce for the reindeer as they can hardly ever get enough of that no matter where they travel. Santa can’t keep that kind of produce on the sleigh so he really appreciates it when folks leave it out for him to feed the reindeer.