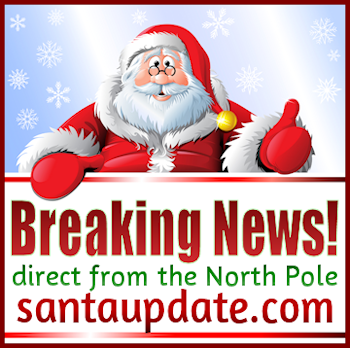 Santa has just met with Elf Victor and has ordered the deployment of thousands of reindeer to come to the North Pole immediately.

We’re not sure why.

But we have noticed that out by the giant Building with No Name Santa has had constructed several new corrals and that he is expanding Santa’s Stables in a rush project.

Elf Billy and the boys at the tracking department have suddenly become very busy too. Elves who work flight computers have been called to their stations.

If you ask me, it appears that a massive airlift of some sort is about to begin. I cannot imagine what Santa would need to fly right now that would require all these reindeer and elves.

When we know more, we will pass the news along. (Things sure are happening fast around here!)