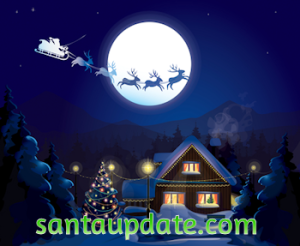 Early reports of sightings of Santa’s sleigh are starting to come in. Moments ago we received excited communications from folks living near Winnipeg in central Canada who have seen Santa’s sleigh streaking through the skies there.

Elf Vernon is giving the sleigh one final flight around the world before Santa launches hours from now.

It is possible that more of you will see the sleigh. Keep your eyes peeled.

Coming up next: Someone wants to Kidnap Santa

Listen a live news report from the test flight of Santa’s sleigh: