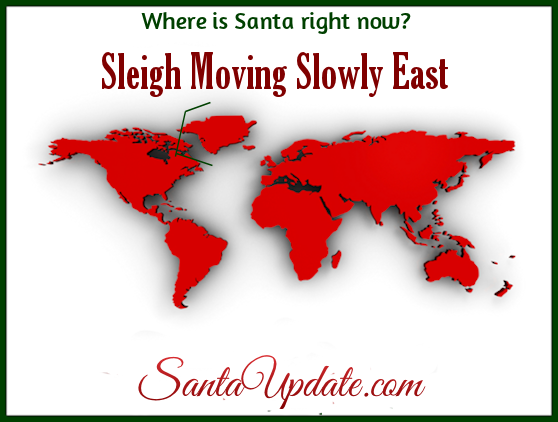 It is still very early on Santa’s flight. Some here are concerned with Santa’s flight path, which is trending south and east — completely opposite of where he needs to go. While Santa discusses weather issues and other events that might influence where he flies he doesn’t actually file a flight plan. We usually go off of what Santa has done in the past to predict where he might be headed. But so far he is off to an unpredictable start.

Listen to Elf Crash’s first report from the chaser sleigh behind Santa: