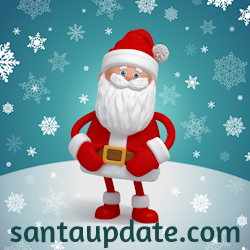 Merry New Year greetings to one and all!

An all new countdown has begun here at the North Pole and while Christmas might seem like miles away to you it feels just around the corner to us. Last year was an exciting year and Christmas was EPIC. We’re sure this year will be just as fun.

January is a time of meetings and numbers. Santa meets with us and we tally up everything we did last year and try to figure out how much we need to do this year. It is a lot of math!

All that stuff is added together in meetings. Mrs. Claus loads us up with sugar cookies and hot cocoa while we meet with Santa to crunch those numbers and come up with a plan. We’ve been doing this pretty much since the start of the new year.

Those meetings are just about finished. And we are getting ready to once again get down to the real work.

Stick with us as we count down the months to Christmas and to Santa’s ride. I don’t know what will happen this year but it is sure to be a lot of fun!