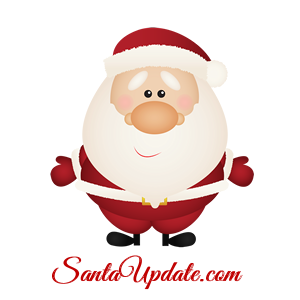 We look forward to the first weekend in October every year. That has traditionally been the time when Santa has met with a member of the media for his one and only interview of the year.

But we were surprised this year when the reporter who interviewed Santa ended up being our own Elf Crash Murphy.

You can read the interview at this link.

I was just sifting through the list of reporters requesting to interview Santa when I received word that Santa had met with a “reporter” already. Santa is in charge, not me, of course, so I figured he must have made other arrangements and just forgot to tell me.

But evidently this all happened as a result of the radio guys holding interviews for new talent for this year’s Santa tracking show on Kringle Radio. Crash was not part of the interviewing committee and he was a little upset about that. So when he bumped into Santa the other day he told him that he guessed he wasn’t a very good newsman because he didn’t get to do the same things that the other news guys got to do.

Santa disagreed with Crash and asked him to do the interview.

As you recall, Crash spent a lot of time last Christmas answering questions from kids all over the world. He took several questions he had left over as well as a bunch of new questions that have arrived from children these past few weeks at the North Pole Post Office and those were the questions he asked Santa.

So really, Crash says this interview was between Santa and the kids — and not the media. Which is a really interesting way to look at it.

Anyway, it’s a very different interview this year. We hope you enjoy it.