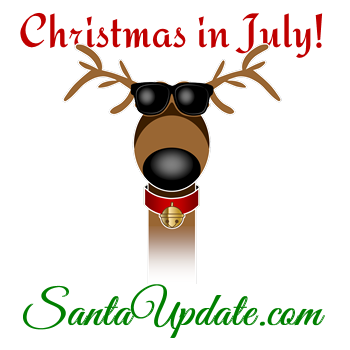 Santa’s council is made up of the head elf of every department. (That includes me).

We all had to get into uniform – which is weird for the week of Christmas in July.

So, yes, I was in the meeting and, no, I can’t tell you what it was about. Santa will make that announcement on Saturday.

But I will tell you that Santa gave some very specific instructions about each department in the months leading up to Christmas. Once Christmas in July is over, we’re going to be hard back at work.

Oh, Elf Frieda finally won the Jingle Bells singing contest. She lasted 4 days, 4 hours, 53 minutes and 25 seconds – a little short of the record but pretty impressive for an elf trying it for the first time this year.

They took her out on a stretcher but she gave a big-thumbs up and said she was okay.

I’m sure she will be there for the awards ceremony on Monday after she has had a little sleep and maybe something to drink.

Rumors Swirl of a Difficult Season Ahead
Scroll to top