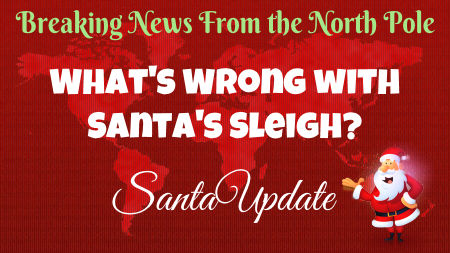 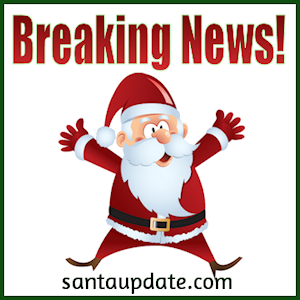 By all appearances things are well at the North Pole. Santa’s Workshop is ahead of schedule, the reindeer are in training for the Reindeer Games and it appears that even the North Pole Post Office is handling the volume of mail just fine.

According to a source over at the Research and Development Department Santa’s sleigh for this year is not ready. In fact, it sits in a locked garage and is not being flown.

Test pilots are reportedly still flying proto-type sleighs that they have been testing since June. This is highly unusual. By this point in the season test pilots would be test flying the actual sleigh that Santa uses on Christmas Eve.

But according to our source, Santa is not happy with the new sleigh and he has insisted on working on it himself.

But he cannot do that right now: he has already started his annual campaign of meeting with children around the world.

I have a call scheduled with Santa later tonight. I will be sure to ask him about this. I’ve also dispatched some of the reporters from North Pole Radio news to see if they cannot get more information about this story.

Lest there be too much concern, I would remind you that there is no shortage of sleighs for Santa to use on Christmas Eve. After all, last year’s sleigh is perfectly fine and could be used if Santa needed it. So this is not that big of a deal. Even still…it’s got the elves talking.

When elves start talking there’s a bigger story. That’s what we are trying to find out.

Santa, by the way, is scheduled to be away from the North Pole until late December 23rd. He has a schedule of web meetings and conference calls with key elves each day. But we don’t expect to see him any time soon.

So right now we are starting to question whether Santa will fly a new sleigh this year or not. We will keep you posted.

The Importance of the Christmas Tree