Christmas stockings are a fun element of Christmas. So why would people need to debate about it? 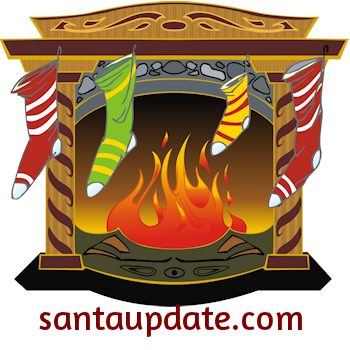 The North Pole Post Office alerted us to an inquiry submitted by thousands of fans about the “correct way to hang a Christmas stocking”. The question, it appears, came from a now-viral post on a social media platform suggesting that it means something sinister or hidden or symbolic if you hang your Christmas stocking to the left or to the right.

Having never heard of such a thing the elves in the Department Redundancy Department were charged in getting to the bottom of this.

Why the Department of Redundancy Department? Well, it’s their job to “double check” the stuff of Christmas – to get the details right. This fledgling little department came into being several years ago after it was discovered that an inventory snafu in Santa’s workshop nearly left the world short of toys. In an effort to make sure such a thing never happened again the Department of Redundancy Department was set up to make sure all the details of Christmas get covered.

Christmas stockings are a detail.

So the first thing the DORD did was to contact Elf Gloria, who is the Commissioner of Christmas Traditions at the North Pole. Gloria said she had never heard of such a thing.

Next, they spoke with Dr. Grant Smedley, professor of Clausology and North Pole History at Southern North Pole University. He too said he had never heard this concern about Christmas stockings before.

Finally, they checked in with Santa by phone, who laughed and said, “I think someone has just carried out the world’s best Christmas prank!”

The North Pole Radio News report above has a few more details over this, uh, non-story.