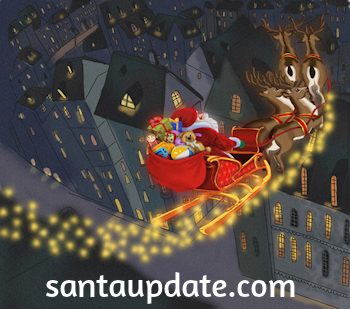 The Tracking Department at the North Pole today announced the line-up for tracking Santa Claus on Kringle Radio this year – and it is bigger than ever! Santa himself made the announcement, which is running now on Kringle Radio. Click here to listen to Santa.

The live world-wide radio broadcast on Kringle Radio begins December 23rd in most western time zones and marks coverage from when Christmas Eve morning begins in places like New Zealand, Australia and the islands of the South Pacific.

Live radio interviews with Santa trackers around the world, with elves at the North Pole, and from sleigh chasers following Santa in the skies will be interspersed with the best of Christmas music that Santa loves to listen to as he makes his way around the world.

To hear a recap of the coverage last year, please visit this link or click on the arrow below:

If you listened last year, you’ll no doubt enjoy this year’s commercial-free programming on Kringle Radio.