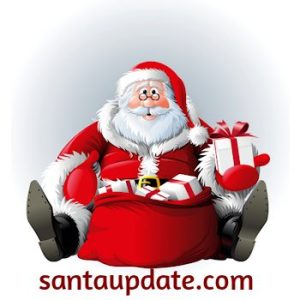 World from the Research and Development Department who have been putting the final touches on Santa’s sleigh is that the sleigh bells are perfectly tuned and ready to go.

This is actually very good news.

Tradition has it that Elf Gloria spends hours in advance of Santa’s launch overseeing the process of tuning the sleigh bells. This is a very tough job. It is tedious and laborious.

Elf Gloria is very aged and cannot do all the stuff she used to do when she was a younger elf (she was quite the dancer!). But she insists on tuning the sleigh bells herself. She might be a little old but there is nothing wrong with her hearing. Santa says she has the best natural ear of anyone he has ever met.

So Elf Gloria will sit there for hours, watching the sleigh bell technicians first polish and then attach each individual bell.

Once attached the bell is then put in kind of a harness, where it hangs loosely so it can ring when being tapped by a small, special hammer. They will lightly tap on the bell one at a time for hours on end as they work to make that individual bell hit a certain pitch with consistency.

Some bells are bad for whatever reason. If they cannot get a bell to ring true, Elf Gloria has it removed and other put in its place and the process starts all over.

While she works with each bell individually she will occasionally stop and ask to hear all the bells together. Sometimes when she hears the bells together she will remove a bell here or there for being out of true harmony with the others.

She has been working on tuning and pairing bells for weeks.

That work is now complete and the attention now turns to the reindeer who will soon be hitched to Santa’s sleigh.

Coming up next: Two Hours to Launch!
Where it is Christmas Eve now: New York

Listen to Elf Ed Zachary explain how the sleigh bells are critical to Santa’s success: