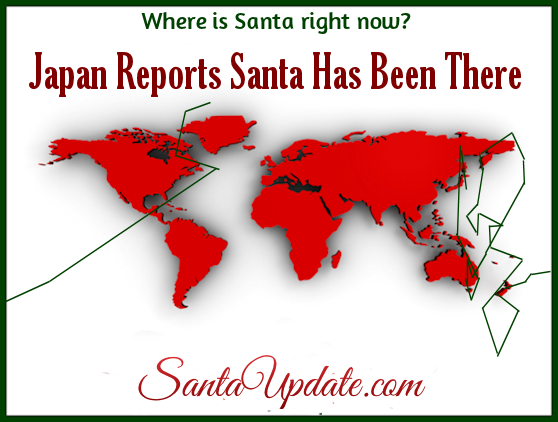 We’re receiving reports of Santa’s first visits to Japan, a fact confirmed by the report below from the News Department at the North Pole.

Meanwhile, there are some “minor” concerns about Vixen. She reportedly has some sort of problem with one of her hooves. This will be checked out in the next little while.

Coming up next: Elf Victor to Check Out Vixen
Hang-Your-Stockings Reminders: All of Africa
Active Bedtime Warnings: Almaty

Listen to Elf Crash talk about the Christmas cookies of Japan:

Will Snow Be an Issue in Europe for Santa? Santa Spotted Over Tokyo
Scroll to top