North Pole Podcast
What You Don't Know About Rudolph 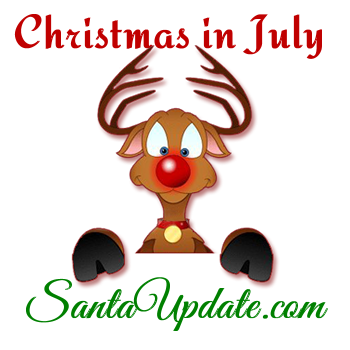 What can I possibly tell you about Rudolph that you don’t already know?

But there is a lot more to Rudolph than all the songs and the books and the tv shows can say.

For example, did you know that Rudolph can’t swim? It’s true. He doesn’t like to talk about it very much but it’s true. Rudolph doesn’t even like the water. There’s really no explaining it. Santa has himself spent a lot of time with Rudolph in a pool, trying to teach him to swim. But Rudolph just tells Santa that water is for ducks, not reindeer.

Rudolph does like stamps, however. In fact, he has a very large stamp collection. Ever since he started traveling with Santa all over the world Rudolph wanted to find a way to collect something from all over the world that would help him remember each place. Once, when Santa was visiting a village in Poland, Rudolph went along and a little boy there told him about collecting stamps. He showed Rudolph some of his collection that he kept in a little book. Rudolph thought that was really cool so he started to collect stamps.

When Rudolph flies with Santa on Christmas he doesn’t have time to look for stamps everywhere he goes. But when he comes back from his Christmas ride with Santa he will stop by the North Pole post office and talk to Elf Hugo. He will give Hugo a list of stamps from places that he wants to remember. It takes Hugo a few days but he can usually dig up discarded envelopes with stamps from kids that send letters to Santa from those places. This is how Rudolph builds up his stamp collection.

Rudolph takes the envelopes and carefully removes the stamps from them. Then he puts them into a book, writing down the memory of his experience with Santa there. Over the years Rudolph has filled his book with hundreds of stories and thousands of stamps from places all over the world. I doubt there are any rare stamps in Rudolph’s book but it is quite the impressive collection and I am sure one day Rudolph’s collection will be considered one of the most unique in history.

On Santa’s ride last year we learned something else about Rudolph that was not widely known. Click the player below to listen to that report.