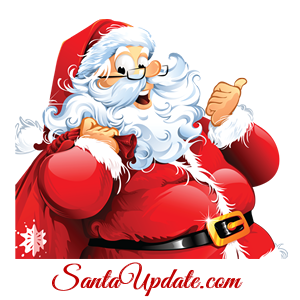 They were shocked to open the doors to the sleigh barn and find that someone put training wheels on Santa’s sleigh.

This appears to be the work of the Merry Prankster, once again.

To their great embarrassment, cameras were positioned at the sleigh barn to capture their surprise. Those images were beamed somehow to a local television show at the North Pole where a news broadcast was interrupted with the elves caught by surprised, followed by a laughing voice heard in the background.

Nobody is amused, except, of course for the Merry Prankster.

Two pranks in two days to end the week – this is not a good sign with Christmas Eve just two weeks away.