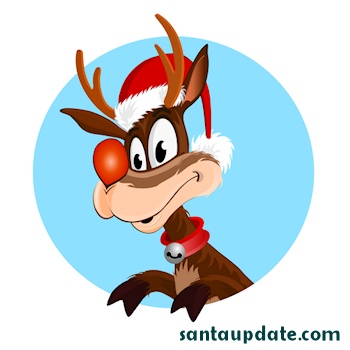 After days of competition at the Reindeer games we have a winner! This year’s winner is a surprise.

The top prize went to a young buck named Quincy, a 2 year old Finland native who was competing in the games for the first time. He beat out several top names in the games with his blazing speed.

“He could one day be pulling Santa’s sleigh. He is that strong, that quick and that mature. For a young one Quincy has good focus and outstanding judgment. People were all talking about how fast he is and he is really, really fast but what I love most about Quincy is that he thinks. He plans every jump, he doesn’t get in the air without knowing exactly where he is going and what he plans to do. He has a very bright future, indeed.”

Christmas Eve is ten days away and Santa’s reindeer are ready to receive their assignments.

They compete in the games to show Santa what they can do. Quicy is quite young but his efforts will definitely catch Santa’s eye and he is sure to get an important assignment to fulfill on Christmas Eve.