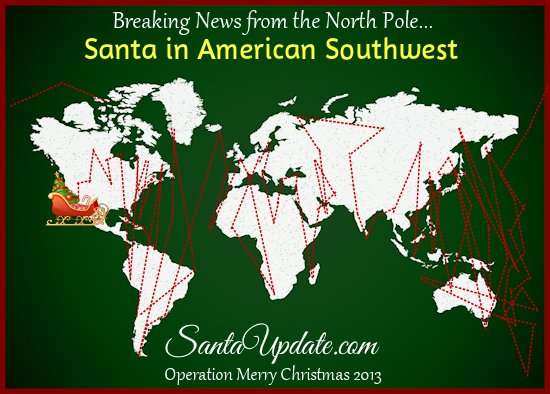 Phoenix, Las Vegas and several other points of the vast American Southwest deserts are welcoming Santa almost as we speak. In the tiny town of Mesquite, Nevada Santa nearly hit a casino sign that was out of service for the night. He didn’t see it in the dark and only a warning system on the sleigh saved him from a terrible accident. Santa brought the sleigh up at the last minute. Everyone is ok and it was only a minor near-miss.