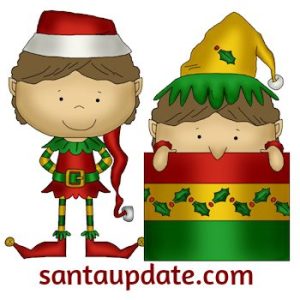 Secret Spies working for Santa in Spain have revealed a plot to try to trick Santa later tomorrow as he flies to that country.

It was revealed that non-believers were planning to put up a giant net between two houses in hopes of catching Santa.

“I don’t understand that,” Elf Ed Zachary told me when he heard about this. “Why would they want to catch Santa if they don’t believe in him?”

While that’s a good question the whole thing reminds us of how important secret spies are for Santa. If you aren’t yet a secret spy for Santa you should become one!

Coming up next: All that coal explained
Where it is Christmas Eve now: Portugal

Listen to an update about the North Pole Christmas Party:

Mystery of the Mountain of Coal Solved
Scroll to top