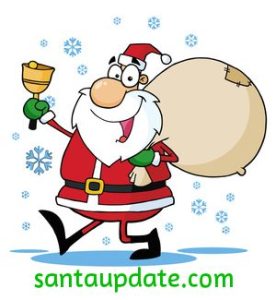 We’re learning more about the three ships that now make up what is called the North Pole Navy.

Santa has launched a project he calls Operation St. Nicholas, in honor of the legendary figure of hundreds of years ago.

Of the good works of St. Nicholas – and there are many – he was most well-known for helping people in need of food to find it.

The story is told of one particular place where a terrible famine had killed all the crops and limited the food that people had to eat there. Nicholas knew the ships in the main harbor of the largest city of that country held grain from other parts of the world bound for faraway places.

He went to the different captains of those ships and asked them for a small portion of their grain to help the people. By collecting small amounts from many ships he was able to come up with food for all the people.

Santa is launching these three ships to help deliver food to places in need of it this Christmas.

Along with the Christmas food delivery these ships will provide addition support to Santa and the reindeer as they travel around the world.

Coming up next: Sightings of the North Pole Sleigh Craft Carrier Reported
Where it is Christmas Eve now: Recife