Elves in the Tracking Department are expressing alarm at Santa’s current position — he’s all the way down in Sri Lanka. We have received multiple confirmations that Santa has visited there too, bringing a Merry Christmas to a number of people there.

“I don’t know how he did that. He told us he was going to Turkey. We tracked him headed in that direction. And then all of a sudden he’s in Sri Lanka!” Elf Billy said.

When told that news Elf Quinton didn’t believe it. He had to come read the data himself in the tracking department. “Santa has to be the best sleigh driver in the world,” Elf Quinton said. “That’s incredible. Words fail me. I don’t know how he did that in a sleigh that is nearly 70 years old.” 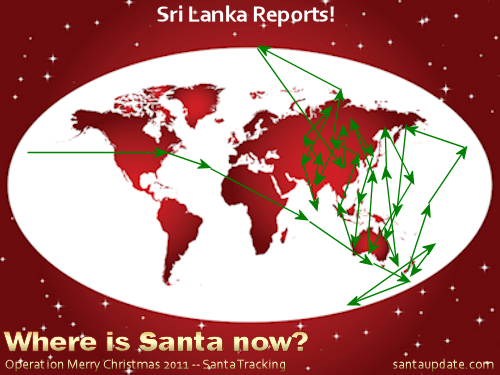