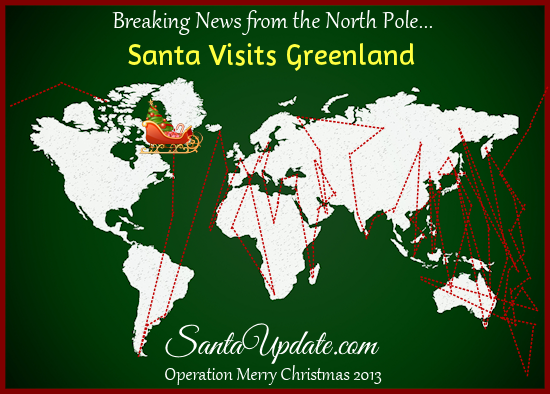 Santa has returned to Greenland, home to some of the most exotic Christmas food in the world. That is a little known fact and one that Santa really enjoys. He says Greenlanders have the best fish in the world and Santa would know because a lot of people there give Santa fish for Christmas.

Secret spy reports are still coming in heavily from the U.S. East Coast in particular and that, believe it or not, could delay Santa’s arrival there. After all, if you’re busy sending in reports you’re not really in bed now, are you?

Santa sent the East Coast of the U.S. and Canada a while ago…you best get going!