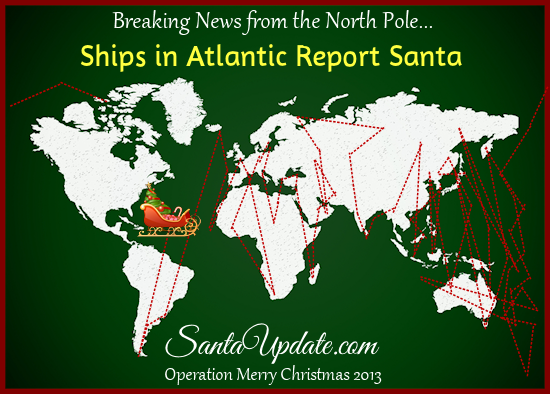 Santa is back over the water as he scoots back to the North, trying to keep pace with the time zones in the march to Christmas morning. While Santa could be making several stops on the islands of the Atlantic and Caribbean he is instead visiting the ships at sea in those waters tonight. All reports indicate that there are many happy sailors out there!