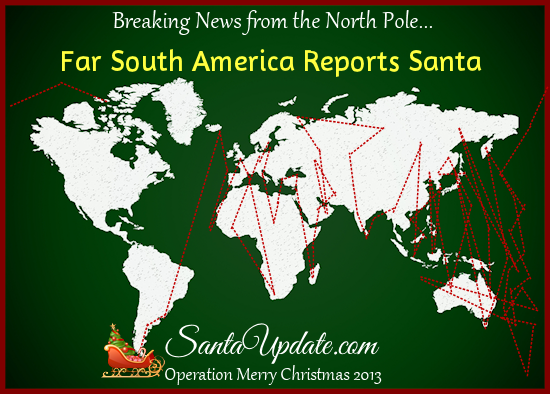 Santa has stayed in South America and several large cities and small villages have reported a Merry Christmas.

Santa loves the Latin America culture. The weather is warm but so too are the hearts of the people. Santa says more food is left out for him and the reindeer in South American than in any other place in the world.