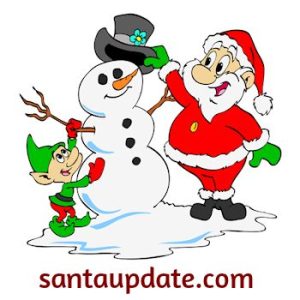 All over the world people are preparing for Christmas Eve gatherings and the North Pole is no different. We love to celebrate Christmas just like everyone else.

Elves in Mrs. Claus’ kitchen are busy preparing foods and others a setting up decorations for the North Pole Christmas Eve party.

The party here begins once Santa launches and it goes until Santa returns home, making it probably the longest Christmas Eve party in the world – more than 30 hours.

It starts out small as most elves are still working when Santa leaves but as they complete their work they make their way to Santa’s house for the party. So it gets bigger and bigger until Santa arrives as the last person there.

The food that has to be prepared is enormous. There are cookies and cupcakes and treats from all over the world (Santa often brings a lot of treats back with him).

It is, of course, the biggest event of the year here at the North Pole.

Coming up next: News about Santa’s sleigh

Getting Ready for the North Pole Christmas Party