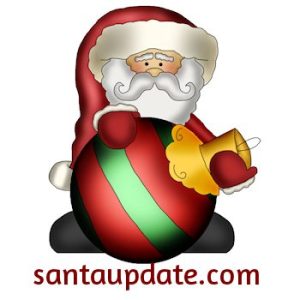 Thanks to the good work of secret spies located in the United States some would-be kidnappers of Santa Claus are out of business.

Working through channels the North Pole Security Department contact authorities in the state of New Jersey. One of the boys’ mothers contacted the parents of the others involved and two fathers found the trap that had been set.

The boys are now scheduled to remove gum from school playground equipment on Christmas Eve day as punishment for their anti-Santa activity.

No, police were not called. The North Pole credits good parents for bringing these boys around.

Coming up next: More details about Jingle Bell 1
Where it is Christmas Eve now: Virgin Islands

Listen to a progress report from Santa’s workshop: