Santa has started out the gate relatively slow in the past several minutes. He appears to be testing his systems on the sleigh. He has called in to Santa Central Command several times, using first the radio, then a cell phone, then a television feed and now he is testing computer data to see if it all matches what is coming in from the North Pole. This is all normal.

Santa is heading in a southern direction and is presently located somewhere over the northern Pacific ocean. It still might be a while before we know of where his first stop will be. 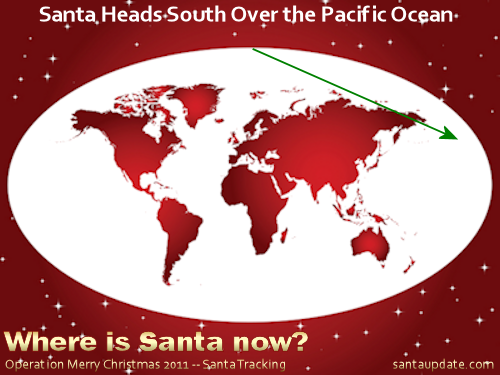