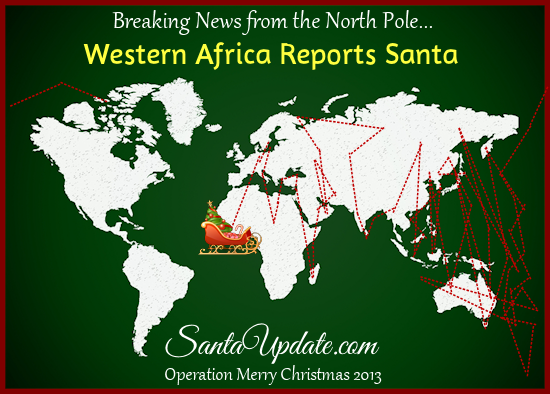 Santa is making his was through Nigeria and Ghana at this time, having pushed south out of Europe after making quick work of Germany and Switzerland.

You can sign up to be an elf and make secret spy reports for Santa at ElfHq.com.