Santa has shown up here at the North Pole and joined the party at the Claus residence. This has never happened in the middle of his flight before.

“Well,” Santa said, smiling, “I have some time to kill. The folks on the West Coast of Canada and the US aren’t ready for me and Hawaii certainly isn’t ready for me. So let’s eat some cookies and turn on some music!” Santa is the restless sort, though. I don’t think he’ll stay at the North Pole very long. 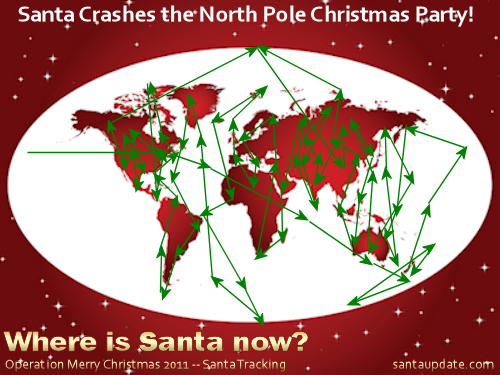