Santa was cheered as he flew over the skies of Baghdad. Some people did not know what was happening though because Santa appeared only as a streak across the skies. But within minutes we started to receive word from all over Iraq that Santa has visited there. 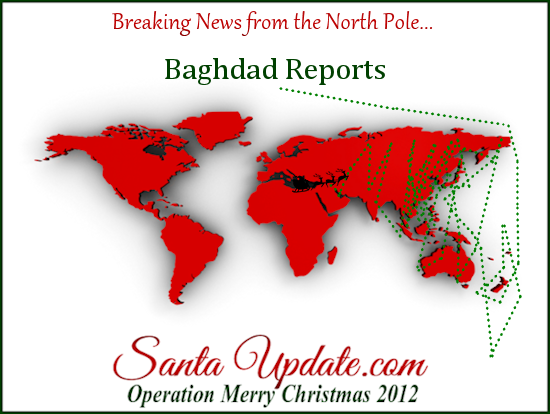