Cairo is now reporting a Merry Christmas. So too is Jerusalem. Santa likes to sometimes stop in Bethlehem but we have receive no communication about those plans for this year. 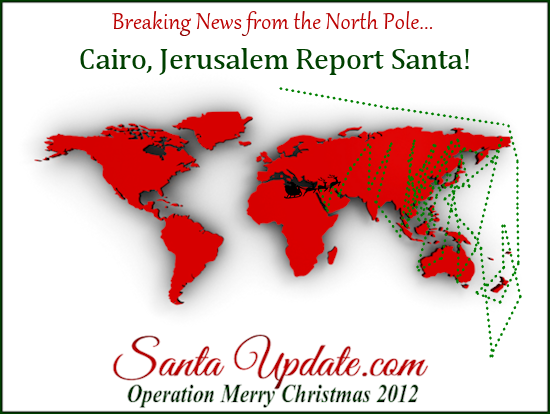 Kids in these places should be in bed by now:
Iceland
All of Europe
All of Africa