The major city of Hong Kong is now reporting a Merry Christmas. So too are smaller cities and towns in China. Santa is on the move.

Up here at the North Pole Elf Agent X is in the sleigh barn coordinating an airlift of several sleighs. They look different than Santa’s sleigh…instead of red they are all black and they have large lights attached to them. He has about 25 of them lined up with large teams of reindeer launching right this very minute. I do not know where they are headed or why but they are definitely leaving the North Pole. 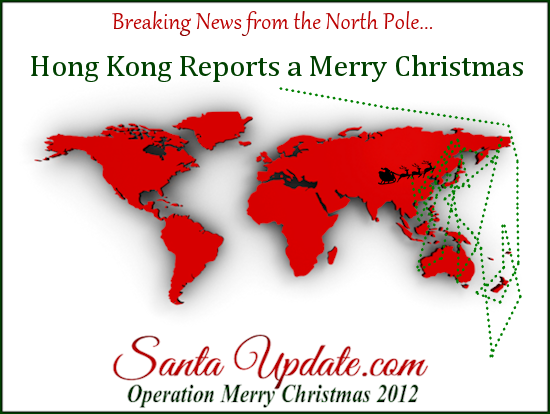 Kids in these places should be in bed by now:
Mogadishu
Barents Sea
Northern Russia
Caspian Sea
Oman